The Clayton Fire Department has had a long and distinguished history. 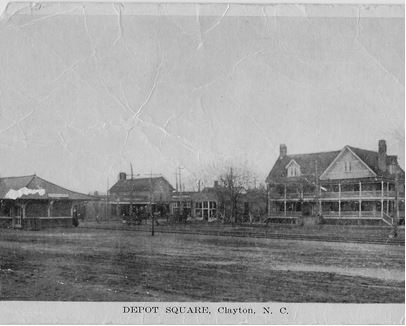 From 1883 to the present day, they have been a staple of our community. This is a brief history of the Clayton Fire Department, but for the history buff who would like a detailed account, click here.

In approximately 1883, the first volunteer fire protection was formed to protect the good citizens of Clayton. Our town was not that big, less than 500 people, but fire was always a threat.

In 1904, E.L. O'Neil was elected as Fire Chief, and since that day, we have always had a Fire Chief overseeing operations.

As our population began to grow, so did the Volunteer Fire Department. By 1909, the Clayton Volunteer Fire Department included 25 members. Our equipment was just one hand engine, one hose cart, and only 500 feet of 2.5-inch cotton hose. Our equipment was meager, but our job was great. During this time period, fire alarms were by whistle, water was obtained through private wells, town lamps were oil, and streets were not always level, much less paved. We had our work cut out for us! 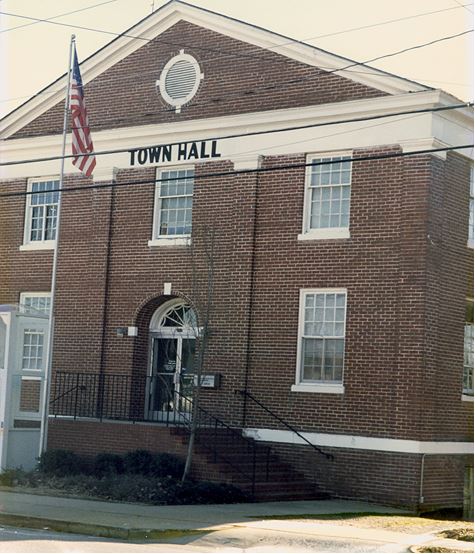 In 1925, our Clayton Volunteer Fire Department was up to 40 members and still one fire Chief. This was the year that we also gained an Assistant Chief. Now we had sirens and bells for the fire alarms and the water facilities were Town-owned from three deep wells, gravity, and direct pressure systems.

1927 brought more progress to our town. There was a new Town Hall, built on the corner of Barbour and Second Streets. The municipal office, police department and the volunteer fire department were now all under one roof!

As the years moved through our town, not only did the population grow, but the Clayton Fire Department continued to grow. This growth brought more equipment and volunteers to our town.

Fast forward to 1973. The first fire chief was appointed, and in July of that same year, the groundwork began to form a rural department for residents in a new fire district surrounding the Town of Clayton. This new rural area was named Claytex Fire District and was approved by the North Carolina State Department of Insurance. This new area encompassed approximately three miles. 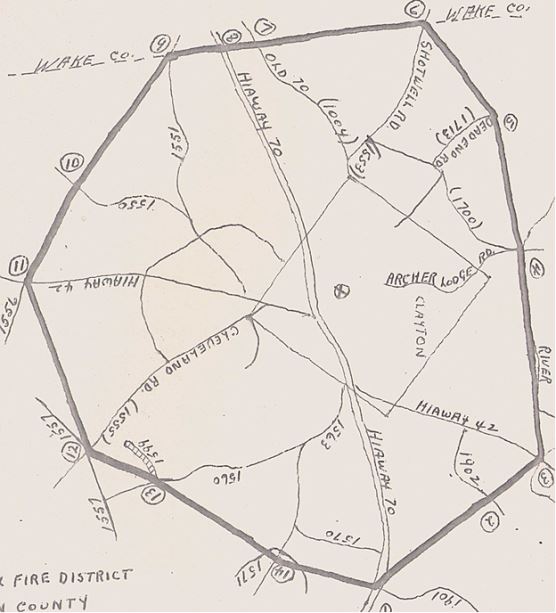 Clayton Fire Chief James Norris and other officers of town departments went over the fire district area polling prospective new members that were interested in being volunteer firemen. Twenty-six people were chosen to become the new personnel for Claytex Department. By this time, Town firemen got paid to answer calls inside of the town, but the Claytex firemen were still volunteers. By 1977 or so, this changed.

Time moved on, and so did the town. The Town grew and the Clayton Fire Department opened a second firehouse in 2000. Station 2 is located on NC 42 Highway East. We were now able to service more families much more effectively. In 2005, Station 1 was replaced with the location at W Horne Street and became the building you see today.

Why do fire trucks sometimes travel with their lights and siren on, and then all of a sudden turn them off?

When a call for service is dispatched, CFD responds with specific apparatus and manpower, depending upon the type of call. When a CFD representative (Chief Officer, first-in Engine, etc) arrives and conducts a "size-up", additional resources may be canceled from the call or told to reduce their response to a routine response.

My fire alarm went off and I contacted my alarm company and told them everything was OK and not to send the Fire Department and they still showed up, why?

When a fire alarm company contacts our dispatch center (Johnston County E-911 Communications) and they dispatch us, we have to respond to the incident for insurance purposes. Sometimes, the dispatcher will inform us that the alarm company has requested to cancel, and at that time the Officer in-charge will inform the additional responding apparatus to cancel and the closest unit will respond to the incident. When we arrive we check for things such as:

Can I be fined for false fire alarms? What constitutes a false alarm?

Yes. For Town of Clayton residents, there is an alarm ordinance. A false alarm is an alarm in which the system malfunctions for no apparent reason, or where a system is activated (manual pull station) when there is no fire. A fire alarm that goes off for accidental reasons such as burnt food is not considered a false alarm (the system is doing what it's designed to do) but repeat offenses may result in suggestions and/or recommendations from the Fire Marshal.

If you have a question you don't see in the FAQs, feel free to contact Clayton Fire Department at 919-553-1520, or you can "Like" us on Facebook and ask us there!